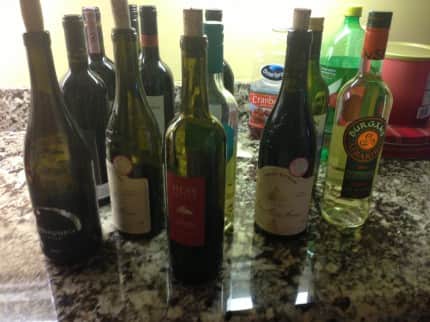 We were co-hosting a party of the first grade parents at my daughter’s school and expected about 70 people.  I was stumped by the age old question — if you are throwing a party, how much wine do you buy?  The general consensus at least on the web is about half a bottle per person.  Experts say to plan for a 3:1 ratio of red to white. If a normal 750 ml bottle of wine contains 25.361 oz. and a normal glass of wine is usually 4-6  oz., I needed to plan about 4 – 6 glasses per bottle.  So 70 wine drinking people would consume about 35 bottles.  Or not.

Also, my husband insisted on having a bourbon, vodka, scotch, beer and other bar selections.  In retrospect, walking in with almost three and a half cases of wine alone, was a big overkill.  So, if you are having a cocktail hour reception that goes for 2-3 hours, unless you expect a group of college kids on a bender, I’d recommend cutting that in half.

It is my mantra to not serve safe wine choices and push people out of their comfort zone.  I did that by purchasing mostly European and Australian wines with the exception of my value Cabernet, 2010 Blackburn Cabernet, which I feel in love with at Russo’s Coal Fired Italian Kitchen during my “can you get a decent glass of wine at a chain” quest. It is priced between $10-$13 a bottle and I believe it rivals $25 cabernets. 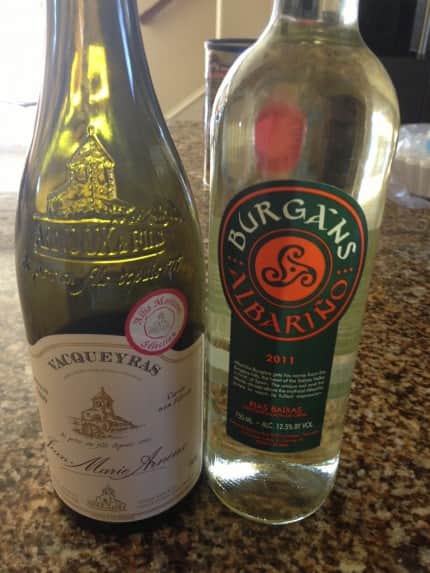 Of the 6 wines served, we had one white and one red group favorite: 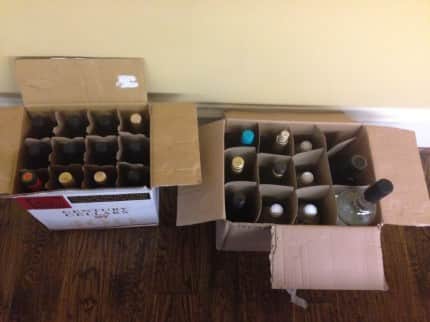 The good news is that we had enough leftover wine to have yet another party and I found some more great wines perfect for a Tuesday.