Food, wine and fellowship have always been a mainstay of our holiday celebrations.  With the recent passing of my great aunt Stella, who died right before Christmas, it was a poignant reminder to appreciate those that we love. 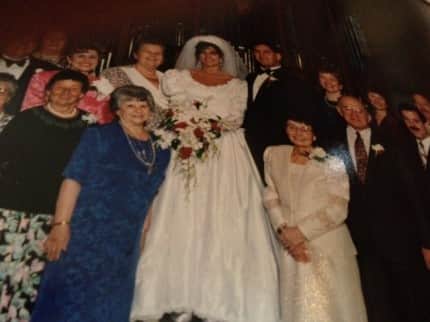 Stella Urusky, on the bottom row on the lefthand side in the black.  Don’t be a hater about the hair or dress.  It was 1994.

Stella actually inspired the entire premise of Dallas Wine Chick.  Stella’s favorite wine was pink, fizzy, made up of chemicals and usually under $5.  I got on a self absorbed mission to “teach her” about “good wine.”  So, for a year I opened the best white wines that I had in my collection – white burgundies, chardonnays, sauvignon blancs, pinot blancs, alsaces and albarinos with the conviction that I could change her mind.  A big life lesson for me is that I couldn’t.  She hated them all and just wanted what she wanted.  So, the concept that wine snobbery shouldn’t be forced on anyone and people should drink what they like was solidified in my mind.

She also taught me about compassion, the value of family, taking care of unwanted animals and speaking my mind. 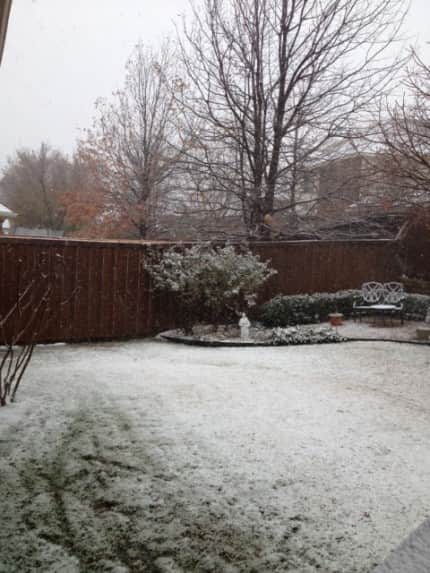 So we gathered at my parent’s house as the snow fell and ate more food than we should, had more wine than we should and told the same family stories that I’ve grown up hearing.  It was especially poignant that my cousin, Patrick, a F/A-18 Super Hornet pilot, was finally back home after his year-long tour on the USS Enterprise.

The USS Enterprise was on its final voyage after 50 years of service and it is the longest serving aircraft carrier in the US fleet.  It was the world’s first nuclear powered aircraft carrier, Top Gun was filmed on this ship, it acted as a spotter ship for John Glenn’s historic orbit of Earth, played an important role in the Cuban missile crisis and in Somali pirate engagement.  As the oldest ship in the Navy, the motto is: “There is pain and there is Enterprise pain”…

We also got to hang out with my other cousin, Jeff, and his fiancé AJ, who we are eagerly ready to welcome to the family when they marry in California in the future.

With all of that as our backdrop, we tried several wines from Yarden in the Golan Heights; Elyse Winery in Napa and a Terrazas from Argentina. 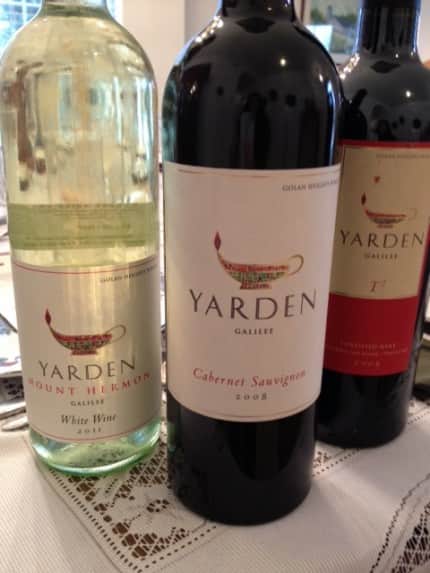 We started with the wines from Yarden Wines of Israel.  You may remember that I was impressed last November when I had the opportunity to experience my first wines from the region.  I can speak for the rest of my family in saying that these wines exceeded everyone’s expectations.

The Golan Heights Winery was founded in 1983 and is based in Katzrin.  The winery is known for its use of technology and the advances it has made for wines produced in this region.  The region has extreme temperatures and elevation changes combined with volcanic soils.

This was the favorite white of the group.  Big notes of citrus, peach, floral and minerality made this a great match with the food.

Lots of cherry, blackberry and stone fruit with notes of earthiness, tobacco and oak made this a very memorable wine and one that I will seek out in the future.

This dessert wine which was made of two Portuguese grapes and fortified with brandy was a very nice dessert wine, but the $50 price tag made it a bit bittersweet.

We then switched over to Elyse.  I’ve long been a fan of Elyse Winery wines and these did not disappoint. 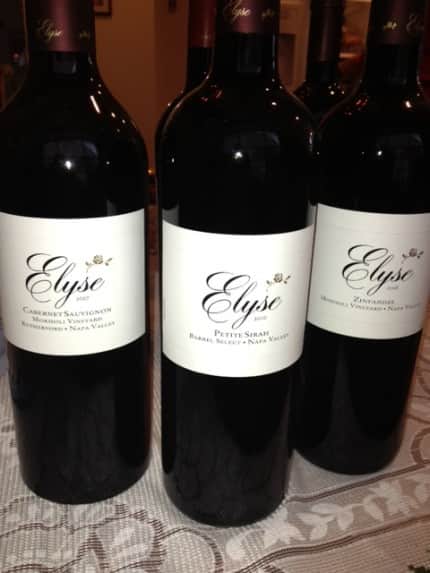 Lots of dark berry fruit, floral and spice.  I loved the finish with its notes of chocolate, mocha and oaky flavor.  This was a rich and yummy wine.

Also inky black with lots of stone fruit and blackberry flavors with nice spice and cedar.   This was a very well balanced and elegant wine.

This is the vineyard where it all began and the wine that launched Elyse into 25 years of success.  Lots of juicy fruit, earthiness and spiciness make this Zinfandel memorable.

I hope your holiday season was filled with memories of family and friends that will last long beyond the chaos and will create smiles for years to come.