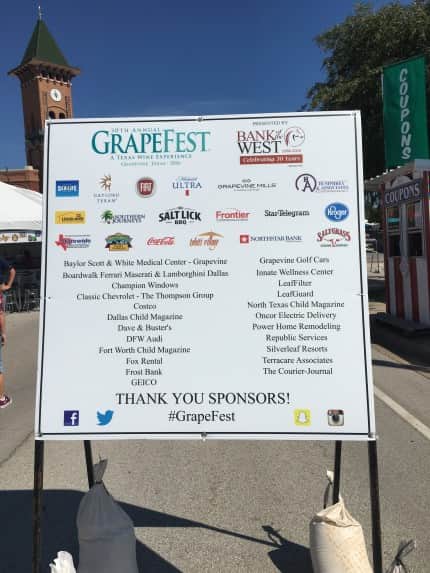 For years, I have billed myself as someone “with a love of the grape and a collection to prove it.”  Ironically, I had never attended the largest wine festival in the Southwest.  Grapefest is in Grapevine, Texas, a suburb about 20 miles from Dallas.  Luckily, this is the year I could rectify that situation. 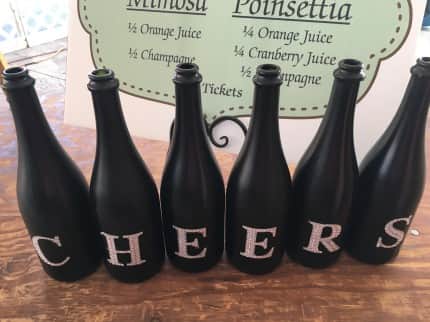 The city was founded in 1843 when General Sam Houston led representatives of the Republic of Texas to a meeting with members of 10 American Indian nations. They joined to negotiate a treaty of peace and friendship at Grape Vine Springs, also known as Tah-Wah-Karro Creek. The first settlers started arriving a year later and the city was named for the wild mustang grapes that grow abundantly in Texas. 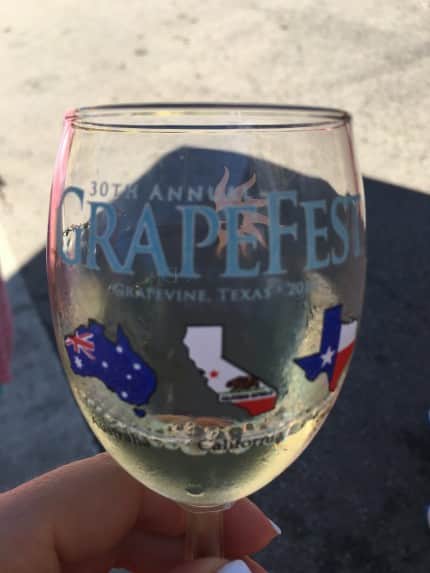 For the past 31 years, Grapefest has entertained 150,000 patrons with wine tastings, special events, a variety of foods, a family Carnival and Midway as well as an interactive KidsWorld.  We brought our daughter, so some of the over 21 events like the People’s Choice Wine Tasting Classic, the world’s largest consumer-judged wine competition, and the Texas Wine Tribute were off limits to us and we spent much more time on the Midway than normal. 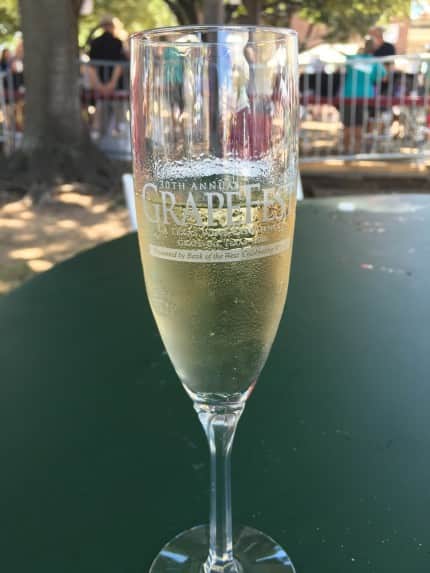 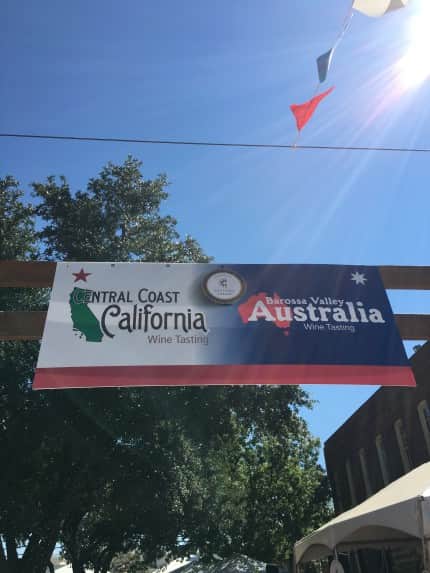 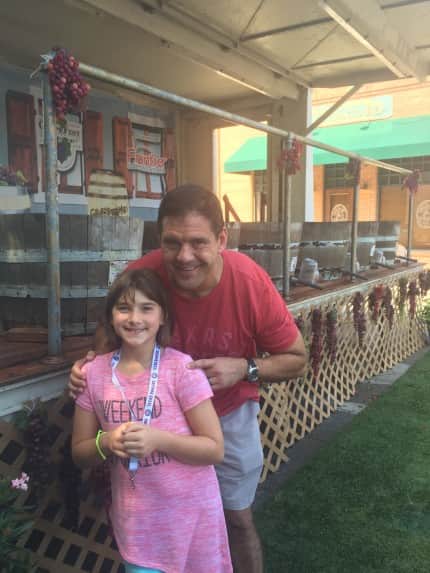 But we got to enjoy the Champagne Terrace, we were a “celebrity” guest at the GrapeStomp (Team Dallas Wine Chicklet) and spent a lot of time in the wine pavilion tasting a variety of wines from the Central Coast in California and Barossa Valley in Australia. 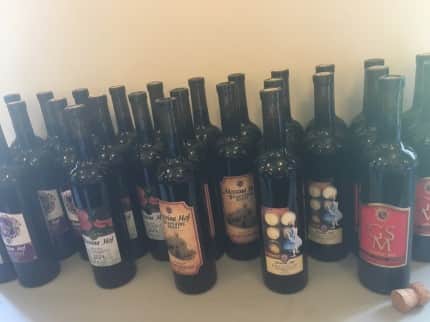 We even spent a little time in the VIP room of Messina Hof’s first urban winery in Grapevine.  I discovered that a Texas winery is making two sparkling wines, which was a surprise to me.  The tasting room is located on the site of the former Wallis Hotel.  The winery had more than 40 different wines, tastings and premium flights, wines on tap and gourmet food items.

Grapefest is sponsored by Bank of the West and in 2012, Grapevine was named a World Festival and Event City by the International Festival and Events Association.  It was a great celebration of wine, winemakers and wineries.  While I’ll probably attend a few more adult-oriented tastings next year, it was a fun family event.