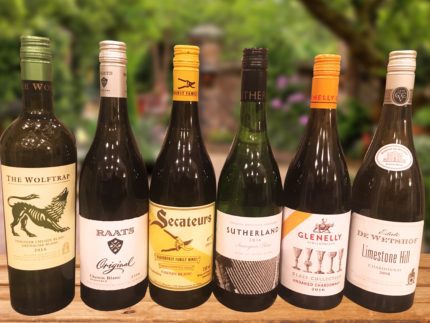 A little background on my frame of mind as I approached this tasting.  This was the fifth virtual tasting that I had in the week following the Wine Blogger’s Conference and I was suffering a bit of palate fatigue when I saw a dear friend from college’s Facebook post.  She had just moved her family across the world to South Africa and was settling in – doing the otherwise mundane tasks of life – setting up her mobile phones, bank account, etc.  She took a break to tune into the news and noticed people celebrating the recent change in the government of Zimbabwe.

Her words…. “So, after collapsing in bed after the long day and finally working through my jet lag, I sat in utter amazement as I watched the news and saw the jubilation of the African people far and wide. Through my jet lagged haze, the realization dawned on me just what a truly historic day this was in the life of my new home (continent) for the next few years.  Since there are so many displaced Zimbabweans in South Africa, as well as many other countries around the world, the importance of this event is being celebrated as passionately by people here as it is in Zimbabwe.”

That was the backdrop and the frame of mind I now approached this tasting with, noticing the world around me (a very different point of view and experience, but trying to have a different lens vs. approaching it as my fifth tasting of the week).

Let’s talk about what I knew about South African wines prior.  I knew the wines were known for being a great value and that they were food friendly.  I had tried several styles prior – Sauvignon Blanc, Chenin Blanc (also known as Steen), Pinotage (a grape that is native to South Africa which is a cross between Pinot Noir and Cinsault) and Shiraz. I found that I tended to enjoy the whites more than the reds based upon the ones I had tasted prior.

South Africa has been producing wine since the 17th century when the vines were brought over by the Dutch governors of Cape Colony.  I jumped on the Wines of South Africa site, which is a trove of great information and can definitely answer any questions you may have.

According to the site, the Cape’s wine areas stretch from the mountains to the coastal region to the plains of the Klein Karoo where wine is grown in the valleys.  South Africa’s vineyards are concentrated mainly near the Western Cape by the coast.

For our tasting, we focused solely on white wines.  Jim talked a lot about how South African producers have taken baby steps entering the US market for a host of reasons.

We tried a number of wines including the 2014 Sutherland Sauvignon Blanc from Thelema Mountain Vineyards in Elgin, a valley surrounded by mountains in the Overberg region of South Africa.  This was a fragrant Sauvignon Blanc full of minerality with citrus and tropical fruits.

We tried our first Chardonnay — the 2016 Glenelly Glass Collection Unoaked Chardonnay, which is from the Stellenbosch region from the Glenelly Estate Vineyards, which are located on the southern slopes of the Simonsberg mountain.  The soil is made from a form of decomposed granite with a deep layer of clay and the Glenelly vineyard is different because it is known for its cooler, east facing slopes, which is unusual for Stellenbosch.  This region is considered by many the top location for viticulture and viticulture research in South Africa.

The Glass Collection Chardonnay is 100 percent Chardonnay and had some complexity and minerality in the glass.  It had lots of citrus and stone fruit with ginger and great elegance.  It was a great food wine and one of the favorites of the tasting when we took it to a dinner party the next day.

We contrasted with the 2016 De Wetshof Limestone Hill Chardonnay from The Robertson Valley.  Known for its summer breezes over the vineyards, this region is known for its balance, dry climate, limestone and heavy clay.  This was the most cellar worthy wine that we sampled.  The wine was bursting with apple, stone fruit, citrus, almond and paired well with the complex flavors that we were eating in the multi-course meal.  Absolutely delicious.

Our next wine was a blend of several grapes – the 2016 The Wolftrap White, a blend of 42 percent Viognier, 37 percent Chenin Blanc and 21 percent Grenache Blanc.  When the family farm was founded in the Franschhoek Valley, the land was considered far wilder than it is today and a wolf trap was set (hence the label on the bottle).  However, while the mountains are alive with animals, including the indigenous leopard, never has a wolf been found.  The wine was created as a tribute to that time.  The three-variety blend, which shows white stone, tropical and apple fruit is refreshing and easy to drink.

We moved to the 2016 Secateurs Chenin Blanc from A.A. Badenhorst from the Swartland Appellation.  Adi Badenhorst was a winemaker who made wine for others who wanted to start his own brand and decided to do so with this label.  This wine, which was primarily Chenin Blanc, Palomino and a “secret grape” was very aromatic with honey, orange, stone fruit, flowers and mineral notes.  Swartland’s vineyards are on the northern side of the Paardeberg mountain in the south to the plains of Piketberg in the north.

The climate is hot and dry and the dominant soil type in Swartland is Malmesbury shale, named for the town of Malmesbury in the middle of the region. There are also pockets of granite, particularly around the Paardeberg area.  Specifically, the Secateurs Chenin Blanc comes from the Kalmoesfontein Farm, on the northern side of these mountains as well from surrounding neighbors.  These un-irrigated granite soils and old vine fruit provides the grapes for these wines.

We moved to the 2016 Raats Original Chenin Blanc from Stellenbosch with vines that were 35 years old and are either from sandstone on Table Mountain or decomposed dolomite granite.  The vineyards are both trellised and bush vine that are irrigated and dry farmed.  Jim talked about how he could have chosen Chenin Blanc from six different terroirs that would have been completely differentiated and as we tasted through these, we completely understand the differences.

This Chenin Blanc, which has been made for 16 years, is made without any oak.  You can taste the tropical notes, but also a burst of citrus and still the mineral constant found in South African Chenin Blancs.

My big takeaways were that the South African region remains to be a diverse and well-priced region with a great deal to offer.  It is worth exploring the wine varieties and certainly is worth going off the beaten path.  Snooth has a way to try the Winter whites that we sampled at an incredible discount.  Or start your own journey by visiting your neighborhood wine store today.  Just get out there and try some South African wine.