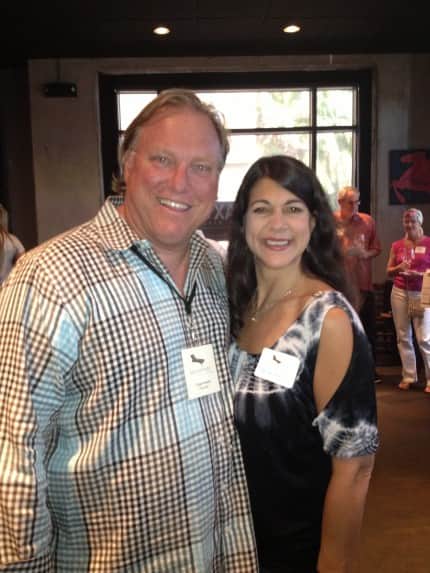 Craig Haserot and me at a Sojourn Dallas 2014 tasting event

Years ago on a trip to Sonoma, I was introduced to Sojourn Cellars, an up and coming winery located off the square in the Sonoma Plaza.  Our visit happened to coincide with Gary Vaynerchuk’s Wine Library TV episode featuring Sojourn.  To make a long story short, Sojourn, who was unaware of the tasting, ranked number one in the blind tasting and arrived at their office the next morning to a full voicemail box or orders – completely selling them out of that particular pinot.  Our group sat down with Craig Haserot, co-founder and proprietor of Sojourn Cellars, and heard his great story.

Sojourn is a boutique winery that specializes in pinot noir, chardonnay and cabernet sauvignon.  The winery sources fruit from Napa and Sonoma and began as a collaboration between tennis buddies who loved wine. Craig and Ellen Haserot and Erich Bradley, who was an assistant winemaker at Arrowood Winery, developed a plan and Sojourn was born over the next 10 years. 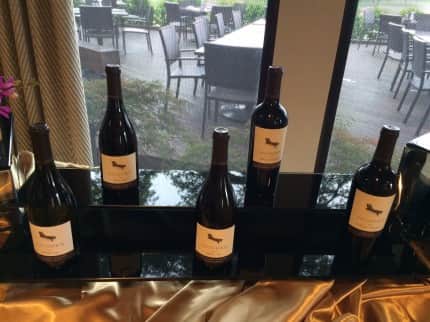 Fast forward about six years where I had just assumed my new volunteer position as chairman of the wine committee for Lakewood Country Club.  One of our missions is to have more boutique winemaker dinners at the Club.  Sojourn was one of the first wineries who came to mind so I picked up the phone and they accepted.

The dinner, which was spearheaded by Chef William Kovall, was amazing.  We had a five course meal matched the wines.  Sherrie Perkovich, director of marketing for Sojourn, told us all about the winery and the wines.  Highlights were as follows:

Seared Scallop with English Peas, Artichoke, Pancetta and Herb Butter Nage paired with the 2013 Sangiacomo Chardonnay.  With notes of crème brulee and citrus, the delicious scallops absolutely sang. I may have inhaled this prior to the picture being taken. 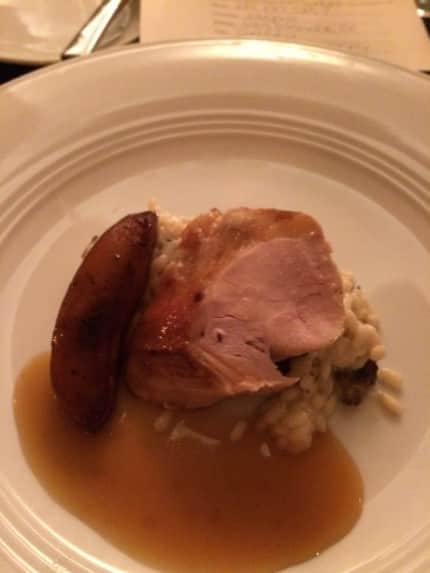 Bacon Wrapped Ring Neck Pheasant with Caramelized Pear, Morel Risotto and Roasted Pheasant Jus with the 2013 Sangiacomo Pinot Noir. This wine was earthy and had notes of deep cherry and mushrooms. 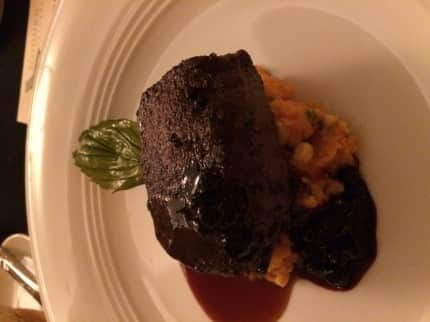 Tellicherry Peppered Seared Venison with Crushed Sweet Potato, Pine Nut and Huckleberry with the 2013 Gaps Crown Vineyard Pinot Noir.  This had bigger fruit than the last and evolved in the glass with notes of herbs, chocolate, berry and Asian spice.

The final course was smoked gouda, aged gouda and epoisse with the 2013 Beckstoffer Vineyard Cabernet Sauvignon.  This wine embodies the “Rutherford Dust” concept with notes of chocolate, cherry, berry and mocha. 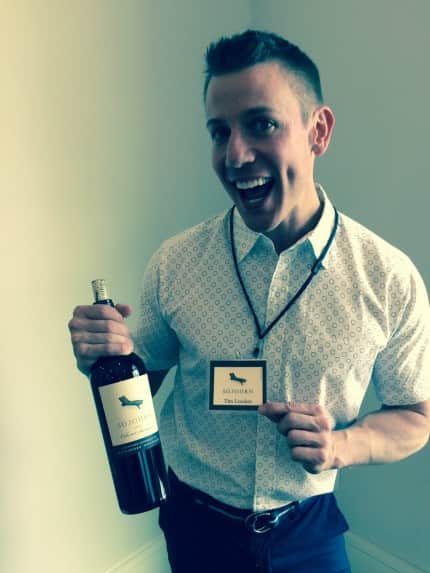 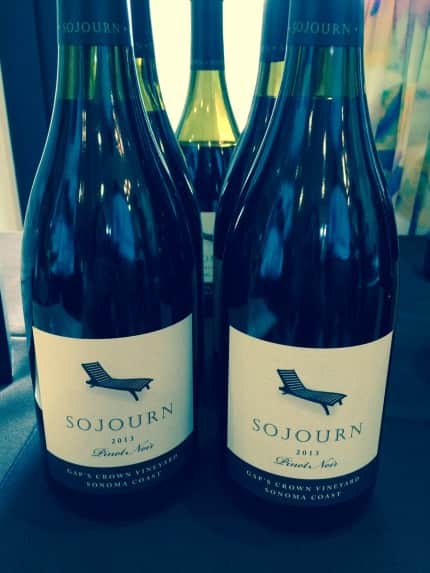 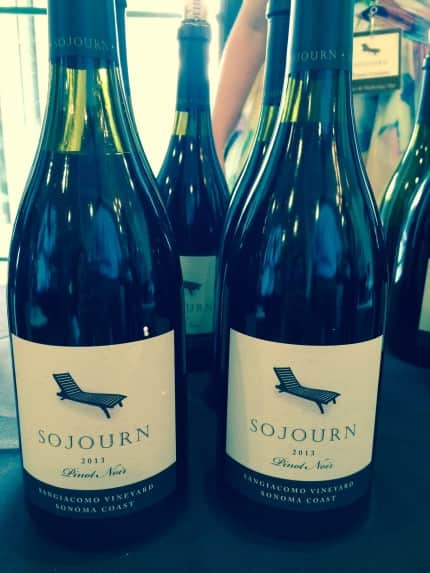 The grand finale was an event at our friends, Justin Kettler’s and Tim Loecker’s, fantastic new home.  I have the honor to have introduced them to Sojourn and clearly they have taken that passion to a new height by throwing a great housewarming party featuring their great wines.

It was fun to see Dallas’ reaction to Sojourn wines was exactly what I expected.  And, it reaffirmed my decision to buy another case.