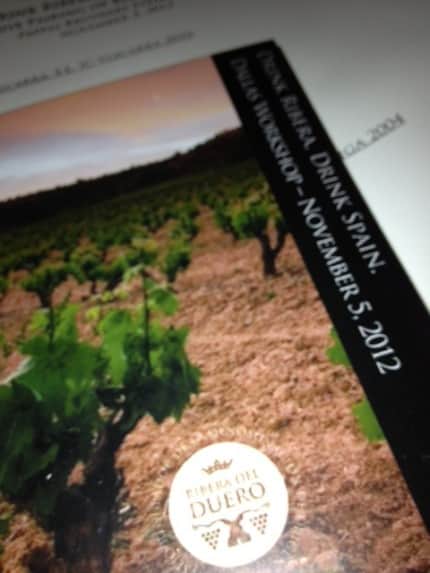 The Ribera del Duero folks came through Dallas recently for an event called “Drink Ribera.  Drink Spain.”  They hosted a tasting and VIP trade and media food pairing seminar at Pappas Bros Steakhouse hosted by Melissa Monasaw, the wine and education director from Pioneer Wines, and James Tidwell from the Four Seasons Resort as well as Heather Green, sommelier. 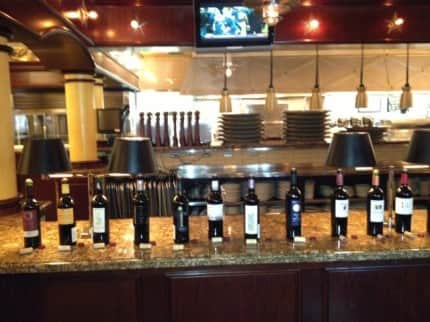 Ribera del Duero is located on Spain’s northern plateau, at the highest altitude for grape growing, located two hours north of Madrid.  Ribera (which means river bank) del Duero extends over parts of four provinces of Castilla y Leon – Burgos, Segovia, Soria and Valladolid.  The region is relatively young and was founded in the 1980s by an organization of wine producers and growers determined to promote quality wines.

Melissa and James talked about their recent visit to Ribera del Duero and the wines that come from more than 100 villages on the axis of the Duero River Valley and the sense of place of these wines.  While the established region is young, the practice of winemaking is much longer – in fact, it started approximately 2,000 years ago in the Roman era.  Vega Sicilia is credited from setting the pattern for excellence in Ribera del Duero.

The main grape variety is Tempranillo, which is referred to locally as Tinto Fino or Tinta del Pais.  Ribera del Duero is known for the same intensity as Argentina, but with extreme weather.  The most cutting-edge techniques – dry farming, low yields, use of oak and bush vines – help to make wines that are powerful and elegant. 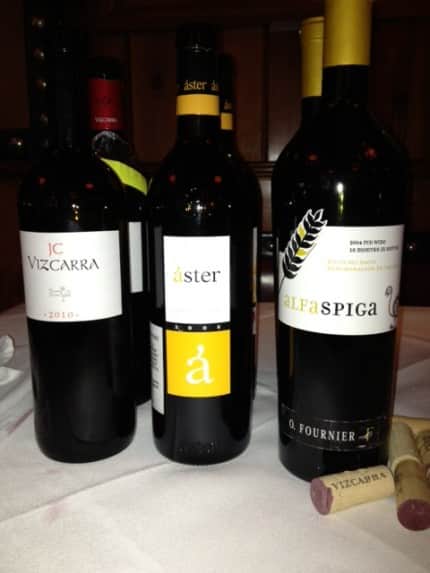 The sommeliers talked about how they could “taste the sun” with these wines.  I enjoyed the diversity and price range of these powerful and elegant wines that personify Tempranillo done well.

You know I am always on a journey to learn more about wine. Many of you have asked me how to find some of the wines featured at some of these events, click buy red wine for more information.