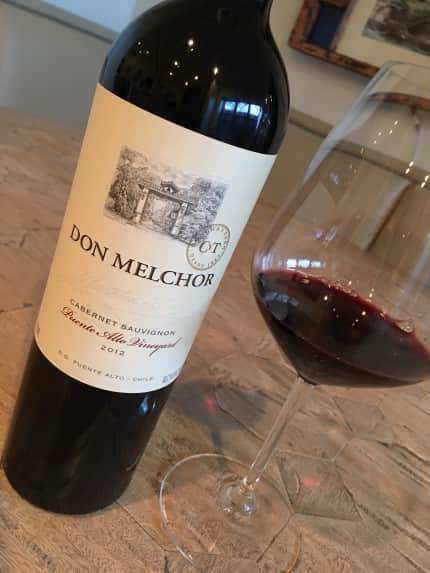 Often, there is a quintessential wine that becomes common nomenclature even to those who may never taste it.  In Australia, that wine is Grange.  In Chile, that wine is Don Melchor, the signature estate red from Concha y Toro. Even more surprising, the wine first debuted in 1987.  And trust me, after receiving the Wine Spectator’s top 100 wines of the year designation as number 33, this wine will go beyond a well-known Chilean wine onto some of the top Cabernet Sauvignon lists of this vintage.

Winemaker Enrique Tirado joined Concha y Toro in 1995 to lead the company’s premium brands and was then appointed head winemaker.  Enrique makes magic from the stony and diverse soil full of clay, lime, sand and stones at the foot of the climatically diverse Andes Mountains located near the brand of the Maipo River. 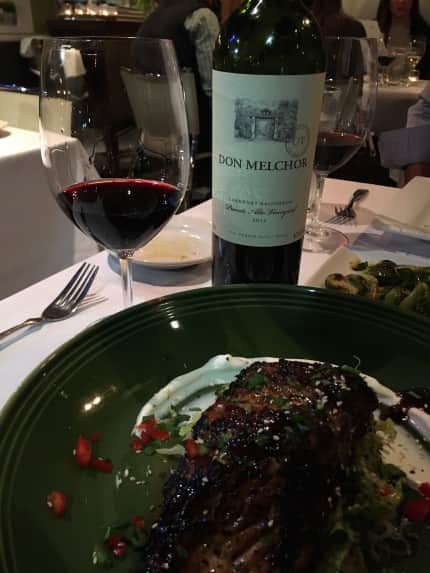 As you sip it, you get an explosion of red fruit like plum and cherry, minerality, pencil lead, mocha and spice.  It is smooth and elegant with a long finish.  The wine is 91 percent Cabernet Sauvignon and 9 percent Cabernet Franc and the vineyard is grouped into seven blocks with 142 parcels (usually 50 to 60 parcels are selected) that are used in this wine.

This whole story started with a challenge.  In 1986, Eduardo Guilisasti, the head of Concha y Toro, challenged his winemaking team to produce a wine that would elevate Chile as a player in fine wine.  The journey started with Guilisasti’s son leading a trip to Bordeaux carrying samples of Cabernet Sauvignon from Concha y Toro’s Puente Alto vineyard, which was established in 1890 with cuttings imported from France.  They met with well-known Professor Emile Peynaud. With those samples, they got his attention.  Peynaud’s business partner was recruited to advise on the blend. This pilgrimage continues even to this day.  And, clearly the team remains up to the challenge.