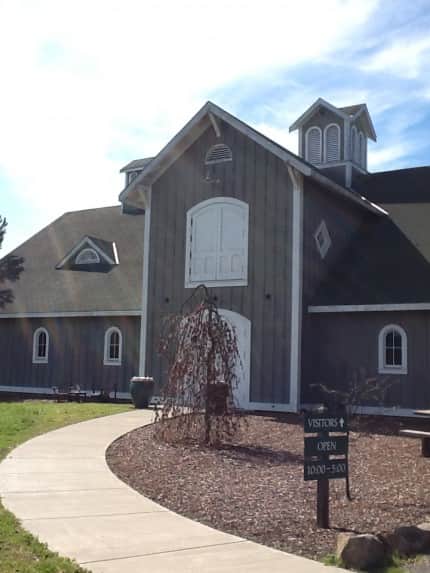 Corison Wines are all about the time and place.  If you have paid attention to the evolution of blue-chip cabernets in Napa Valley, chances are you have consumed a wine that has Cathy Corison’s magic touch.  Cathy, one of Napa’s first female winemakers, started making cabernet in 1978; several years after getting her Master’s in Enology from U.C. Davis.  From 1980-89, she was the lead winemaker for Chappellet Vineyard.  She also made wine for Staglin Family Vineyard, York Creek Vineyards and Long Meadow Ranch. 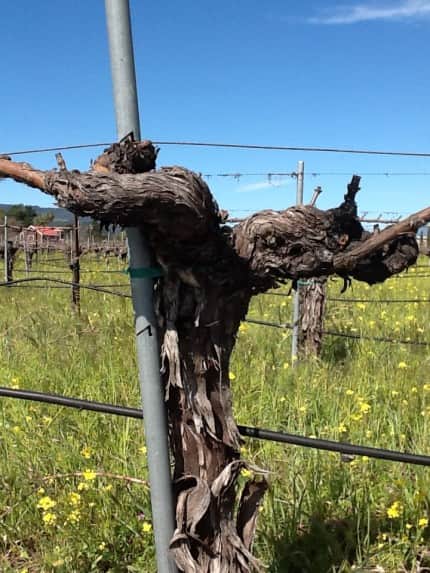 In 1987, she decided to focus on her own wine and began making Corison after making a handshake agreement with three farmers, who still provide grapes for her Napa Cabernet.  In 2003, her venture was so successful that she stopped making wines for others.  She originally focused on “100 percent cabernet all the time” and she and her husband, William Martin, purchased the current winery property in 1996. 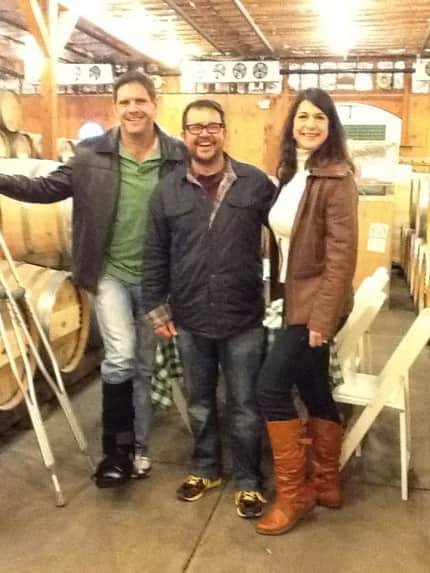 We were greeted by one of my favorite folks in wine, Hardy Wallace, who manages the tasting room and has his own wine that I’m dying to try.  We talked about Cathy’s philosophy that the winery should be a place to make wine.  Looking around, you see no big tasting salon and no branded merchandise underscoring her philosophy.  During harvest, it’s a three person production crew – Cathy, William and her cellar master – just the way it’s been for the past 15 years.

While Cathy originally started with just cabernet, she was quickly called to be on the wine dinner circuit due to the success of her wines.  Most wine dinners start off with a white wine, and since Cathy used to only make reds, someone else’s wines were usually served first.  After having to drink someone else’s white wine which was not up to her standards, she decided to start making the Corazón Anderson Valley Gewürztraminer.  The 2009 was bone dry with honey, floral notes and tropical flavors.  I now own six bottles. 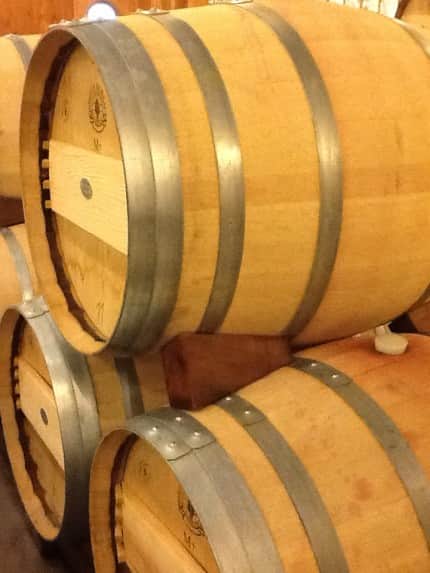 We then tried the 2008 Helios Cabernet Franc, which had fabulous green notes with vanilla, spice and that chalkiness that defines a cabernet franc.  Cathy makes two barrels a year of this wine.  You may start to notice some Greek influences in the names as well as the fact that the Corison name is only branded on the cabernet which is 100% cabernet (a wine can be called cabernet even if just 75% of the grapes are cabernet). 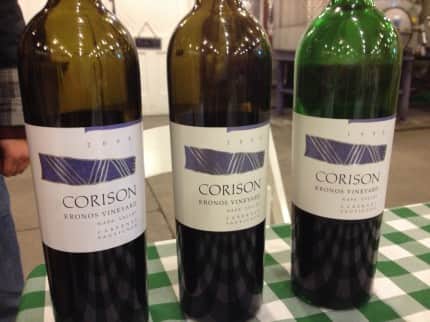 We then moved into the Corison cabernet vertical line up made from grapes in the Rutherford Bench between Rutherford and St. Helena.  We tried the following:

–          2001 Napa Cabernet – we actually opened a second bottle of this because it wasn’t showing the true potential and I am so glad that we did.  This was my favorite – it was balanced, earthy and full of blackberry and bramble.  This was truly a hallmark year and Hardy told me was one of Cathy’s favorite vintages.

–          2004 Napa Cabernet – full of flowers, plum, currant and definitely could use some more time in the bottle to show its truest potential.

We briefly had the chance to meet Cathy as her investors were in town and she was incredibly gracious.  If her wines could talk, they would have amazing, complex and unique stories to tell.  She definitely lets the vineyards speak for themselves.