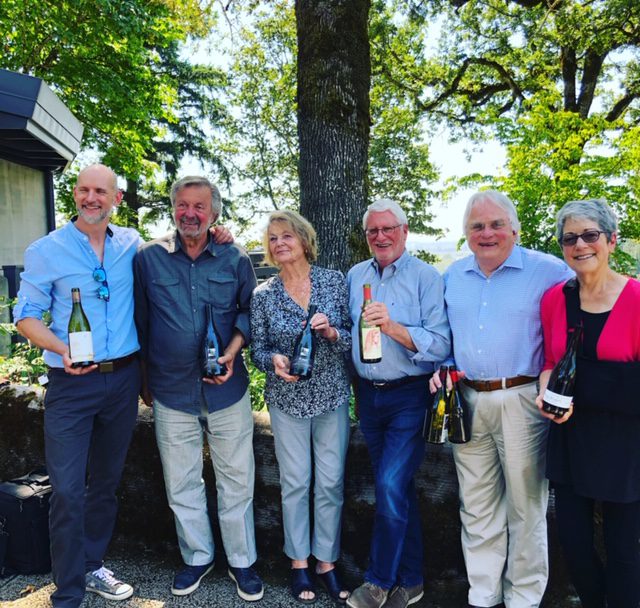 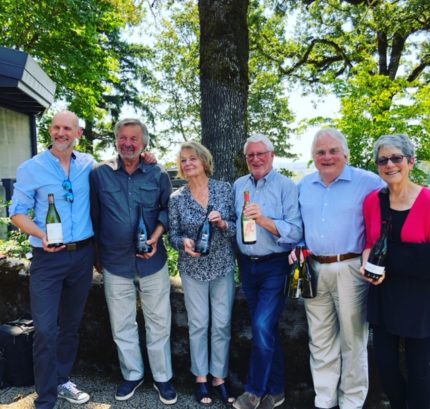 It’s rare to visit a wine region and have an opportunity to sit down with the legends that had the foresight to make it happen.  Imagine a time when women couldn’t sign checks and established wine families still kept day jobs to pay the bills.  We were joined by Richard and Nancy Ponzi from Ponzi Vineyards; Susan Sokol Blosser from Sokol Blosser; David Adelsheim from Adelsheim Vineyards and Harry Peterson-Nedry from Ribbon Ridge as well as Jason Lett from The Eyrie Vineyards. These are the pioneers who worked tirelessly to make Oregon wine what it is today and continue to mentor those that came after them.

Jason kicked off our session by saying, “It takes a village to raise a child. This is my village and I am the kid.”  Jason’s father, David Lett, saw the potential of Pinot Noir in Oregon and also brought Chardonnay and Pinot Gris to the region.  He planted his vines in the Dundee Hills at the Eyrie Vineyard and had his first vintage in 1970.

Richard and Nancy Ponzi moved from Northern California with three children.  Richard was a lead engineer making rides at Disneyland, but they always thought they could do something else.  That something else was co-founding Ponzi Vineyards in 1970 with a focus on Pinot Noir because they loved Burgundy.  Richard said,” No one came with a pocket full of money, just a lot of dreams and optimism.” In fact, he took a job at the local community college to feed his family while he pursued that dream. 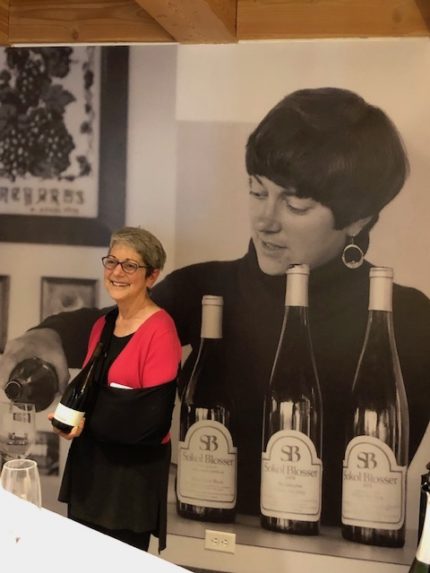 Susan Sokol talked about how she and Bill Blosser graduated from Sanford University in 1966 with liberal arts degrees and the big idea they could start a vineyard.  In 1970, they decided to relocate to a little known region with no agriculture nor viticulture training and planted Pinot Noir.

Susan talked about how “Bill admitted that it was a boys club, but he couldn’t have done it alone.” At that point, men were the starters and women were the bench left to do tasks like writing and marketing.  Or as she eloquently put it, “we were the coaches, point guards and referees.”

She talked about a time when the entire wine industry for the region fit in the group’s living rooms and was decorated in contemporary “St Vincent de Paul.”

It was fun to see the back and forth of the group as they remembered key times … when the Senate Bill 100 was passed in 1972 to keep the hillsides agricultural vs residential …. when equipment was shared because no one had money to buy it … when they used poles and picker bins from other vegetable harvests like pole beans and prunes that were no longer profitable in the area. 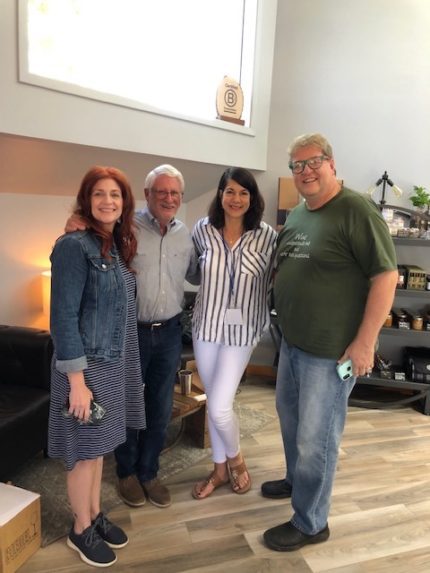 David Adelsheim talked about when he and his first wife, Ginny, wanted to move from Portland and drew a circle around the city on the map.  They had never lived outside of a city and heard that wine grapes had been planted, he laughed and told us he never found any.  In his quest, he asked a man to inquire if anyone had planted grapes. That man was Dick Erath who had moved with his family from California to Oregon in 1968, planting on Chehalem Ridge. He established Erath Vineyards in the Dundee Hills, and in 1972 produced his first commercial wines. It turned out they had a friend in common, Bill Blosser who invited them to a May Day celebration in 1971.

David and Ginny purchased their first 19 acres in 1972 just outside of Newberg, Oregon, and established Adelsheim, the first winery in the Chehalem Mountains in 1978.

Harry Peterson-Nedry established Ridgecrest Vineyards in what would later become part of the Ribbon Ridge AVA in 1980.  He founded Chehalem Winery in 1990.

They talked about a time when there were only ten families that had to teach themselves the craft of planting vines, growing grapes, making wine and selling wine.  This was a group of engineers, liberal arts graduates, moms with only one farmer in the mix.

David said, “One of us had grown up in a family that grew apples, and another had made wine for Louis Martini for three years.  But none of us had run a business or sold wine or planted grapes and all but one had never made wine, and this was not a popular wine.  It’s a miracle that we are where we are today with that type of a beginning?”

So how did they do it? The answer is collaboration, passion and the goal of making great wine.  They trusted each other.  They traveled to Europe and learned techniques from research stations there.  They read books.  They would meet in an old firehouse once a month and share notes discussing what they should do and how they should do it.

There was not one defining moment that led to that success.  Harry Peterson-Nedry described it as “the whole idea of collaboration, the initial people and general principled approached of always improving – even before this was an industry.  We never let the standard stay where it is, but rather pushed ourselves.”

This generational pride continues.  These winemakers continue to pass on their knowledge and history within their families. Each of the families still have children actively involved in the winery or wine industry today.  But these pioneers know that success for Oregon will require that spirit of collaboration to continue and to avoid the “Napatization of Willamette” to keep today’s magic. 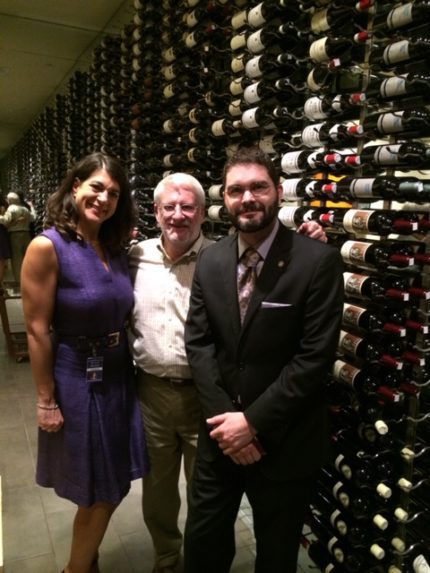 Side story: In March of 2014, which was my last corporate Chief Marketing Officer gig before I started my consulting agency, the executive team was summoned to the Fairmont Hotel where we were told our company had been recapitalized.  We were kept waiting in the bar several hours to meet the new owners. During this time, my friend, Hunter Hammett, then the Sommelier at the hotel, called me over to meet David Adelsheim.  Without hesitation, I sat down and tasted with them that day.  Five years later, I finally got to tell him why the executive team was sitting in the bar mid afternoon that day and how much I appreciated that chance encounter.

2 thoughts on “Chatting with the Legends of the Willamette Valley”