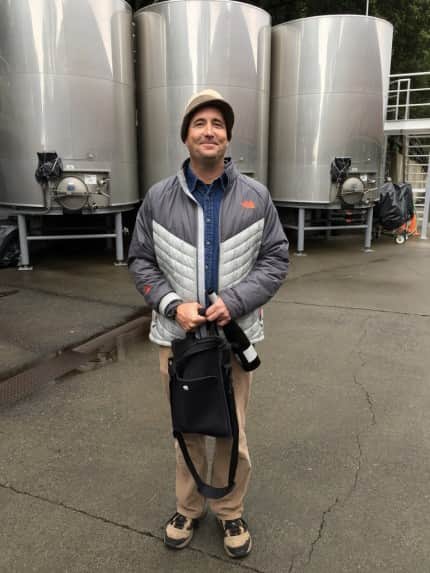 This leads me to day three of our wine country excursion and another one of my favorite all-time stops.  As you may recall, in November, I had the chance to sit down with the CEO of Chappellet Winery, Cyril Chappellet and had such a fun lunch that I knew this had to be a must stop during our trip.  Unfortunately Cyril and his wife, Molly, were out of town that weekend, but they set us up with Joshua Arroyo, a fabulous host that easily kept up with the group’s sarcasm and spirit of fun.

We started out with a tour of the new hospitality areas and the original winemaking facility that started producing wine in 1969.  Joshua told us how he had been with the Chappellet family for the last two years (72 hours after he unpacked his moving truck to be exact) after falling in love with wine. 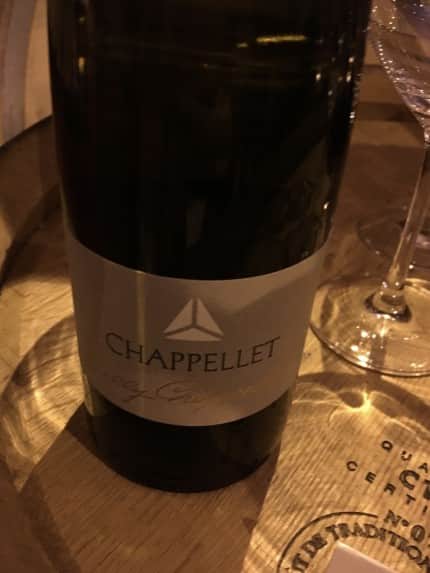 We began with a 2015 Molly’s Chenin Blanc, which showcased Molly Chappellet’s sense of style with the super unique bottle.  Chappellet is one of four producers in the area that still make Chenin Blanc and it was delicious with a pretty floral nose and crisp minerality. 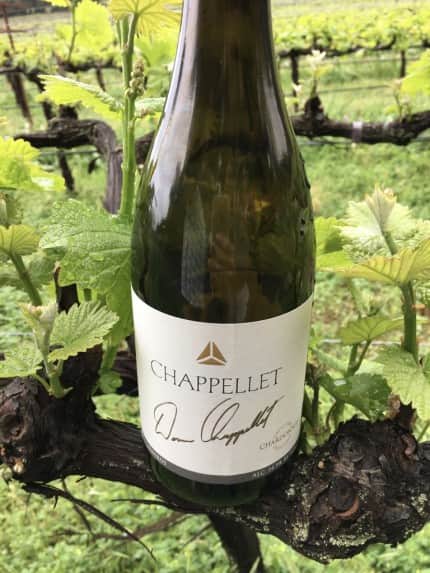 A little about how the Chappellet family came to Pritchard Hill.  It started more than 40 years ago when Donn and Molly Chappellet took a first look at the stunning mountain views.  Because they believed that Bacchus, the god of wine, loves the hills, combined with renowned winemaker André Tchelistcheff’s advice to do so, they became the first to plant on Prichard Hill and these high-elevation hillsides.  The wines are known for being intense and elegant. 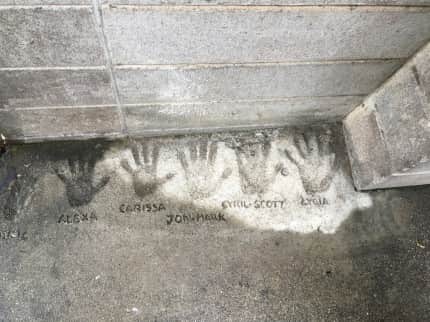 We toured the barn where it was fun to see the handprints of the six Chappellet children who are now adults and working with the winery.  Cyril and Carissa Chappellet oversee the day-to-day operations of the winery and Jon-Mark, Dominic, Lygia and Alexa Chappellet serve on the board.  Today there are nine grandchildren who play in the vineyards, just like their parents did. 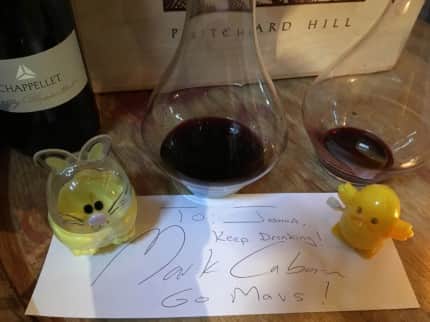 We even brought Joshua in on the joke that my husband – much to his bemusement – is often mistaken for Mark Cuban.  As Joshua continued to give my husband a hard time about that, my husband retorted at the end with a funny come back.  And P.S. the little animal friends are something that we do on a trip for our ten-year-old daughter. 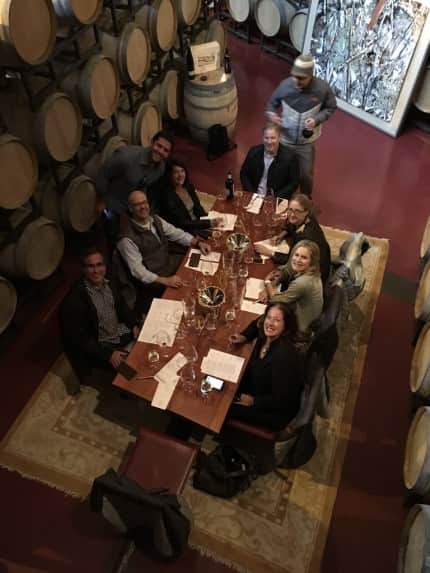 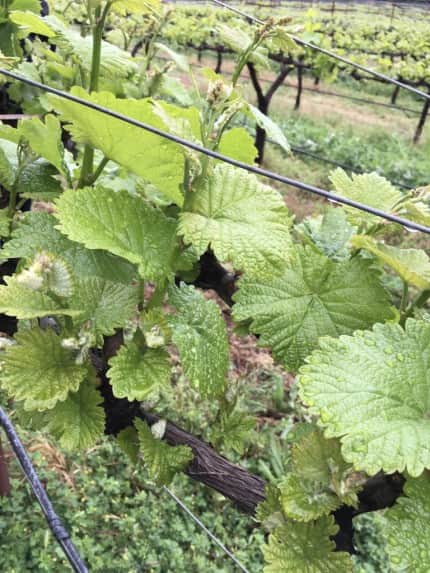 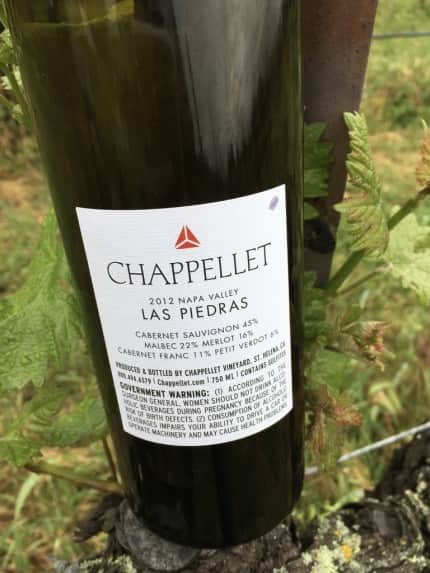 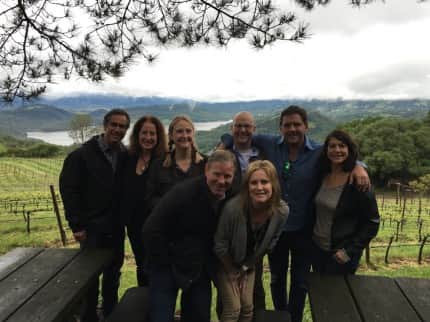 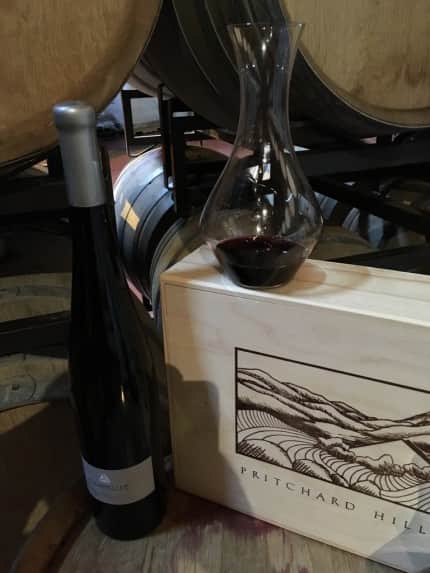 As we walked through the property, from the solar panels to the organic farming methods used, it was evident that this is a family who believes and cultivates in the land.  We laughed, we walked the grounds, we took pictures (thanks Joshua for making the photos at this site so much better than usual), we tasted wine in their amazing facility and we even visited the gorgeous picnic grounds on our way out.  And the wines – oh the wines – other than the Chenin Blanc, we tasted the 2013 Signature Chardonnay, the 2012 Napa Valley Las Piedras, the 2013 Pinot Noir Dutton Ranch, the 2008 Signature Cabernet and the 2009 Signature Cabernet.  I am pretty certain that I ordered everything we tried.   Most importantly, we experienced what it felt like to be a part of Chappellet’s extended family. 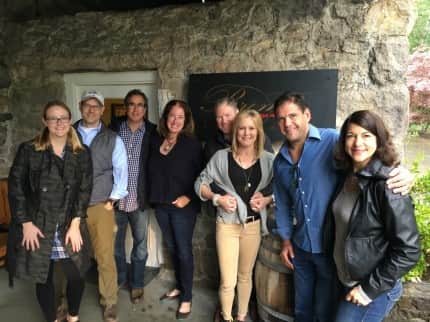 We had two other stops that day as well.  One was a long overdue visit to Bremer Family Winery at Deer Creek on Howell Mountain. I first tasted these wines on a Napa trip when I was much younger and was eager to come back and revisit the stone winery and cellar first built in 1891.  The wines were as good as I remembered. 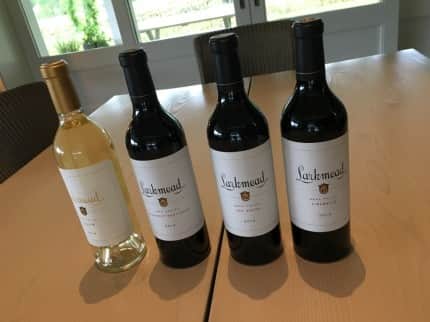 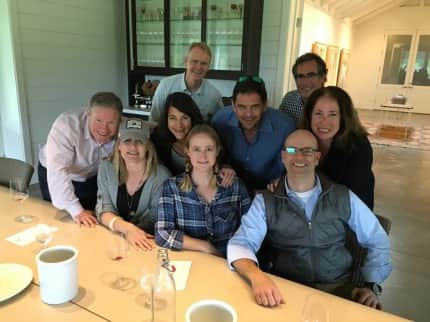 The last stop of the trip was Larkmead, another historic stop that is one of the oldest, family-owned grape growing estates in Napa.  Originally established in 1895, the 150-acre estate is known for its diverse soils and well-made, small-lot wines.