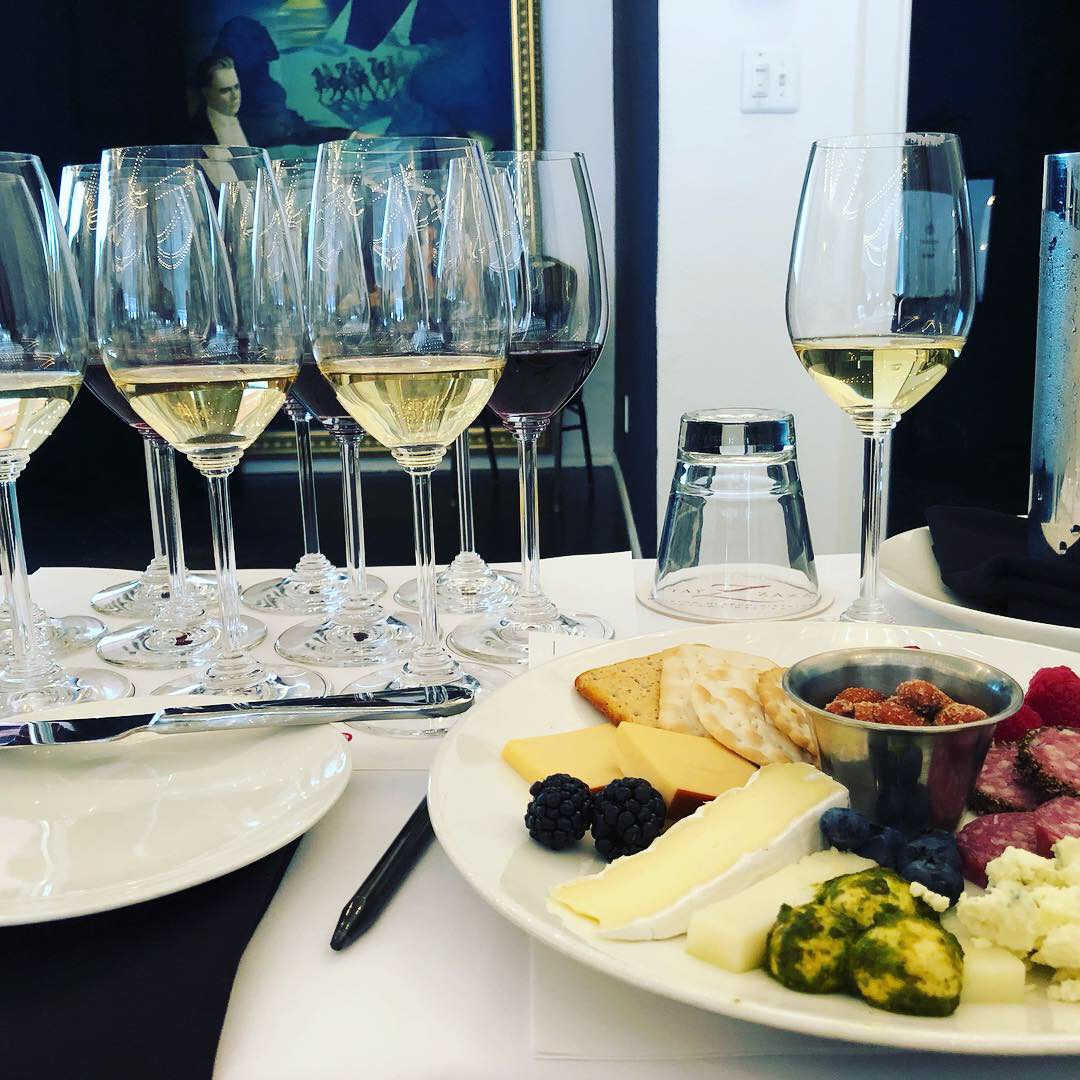 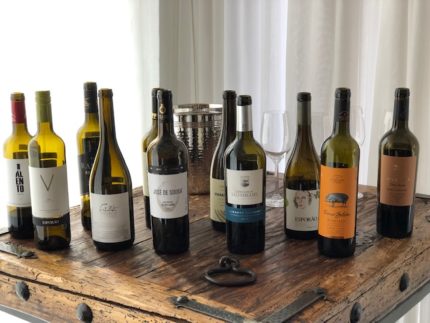 In its own marketing brochure, Wines of Alentejo describes the region and the wines as having “a long and turbulent history which alternated between periods of calm and storm, vigor and decline; where extensive periods of uncertainty were followed by cycles of enlightenment and vanguardism.”  That’s the context in which I began our All About Alentejo master class, hosted by Evan Goldstein MS and presented by the Comissao Vitivinicola Regional Alentejo (CVRA), to learn about the region, subzones, leading varietals, and wines from classic producers. 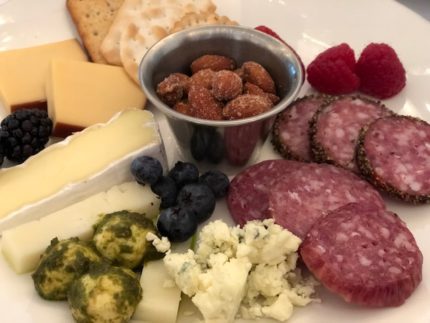 To understand the region of Alentejo, we had to start with the country of Portugal.  This 575-mile long by 138-mile wide span is known for being the largest per capita in wine consumption and has long been lauded for the large number (upwards of 500) of indigenous grape varietals, more than any other country.  Cuisine is also paramount to the region and is known for its creativity because of the limited natural resources of this isolated region. Long story short – the Portuguese love their wine and food and it has long been a part of this country with a rich cultural history. 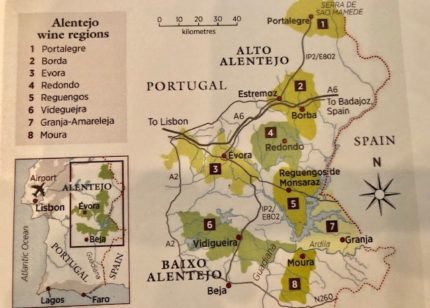 Provided by the Wines of Alentejo

Alentejo lies in the southern part of Portugal east of Lisboa along the border with Spain. The region covers one-third of Portugal, but this includes wheat fields, cork-oak trees and only about 51,000 acres of grapes – a little less than the size of Napa Valley.   The region is divided into three districts – Beja, Évora and Portalegre that make up the Vinho Regional Alentejano. Within that area, which has been producing wine for more than 4,000 years, Alentejo has eight sub regions with differing soils – from clay to granite to limestone to schist, but it is a relatively flat landscape. 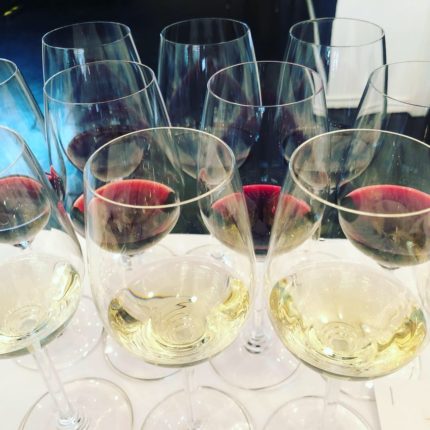 The Alentejo first attained a sub-region in 1989 and when Portugal became a part of the EU, and investment in vineyards and cellars started to occur.  DOC Alentejo wines can only be attained in specific sub regions.  The eight regions are Borba, Évora, Granja-Amareleja, Moura, Portalegre, Redondo, Reguengos and Vidigueira.  While the lion’s share of wine produced is red, white consists of about 25 percent and rosato about 2 percent.

The area is dedicated to sustainability and the Alentejo Regional Wine Growing Commission pioneered the Aletenjo Wines Sustainability Plan (WASP) to promote the best sustainable practices with viticulture and winemaking.  Approximately 97 percent of the region’s wines are certified. 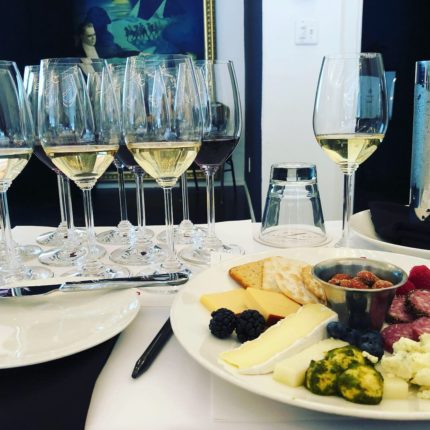 The red varietals, several which were new to me, include Alfrocherio, Alicante Bouschet, Aragonez, Cabernet Sauvignon, Castelao, Syrah, Touriga Nacional and Trincadeira. 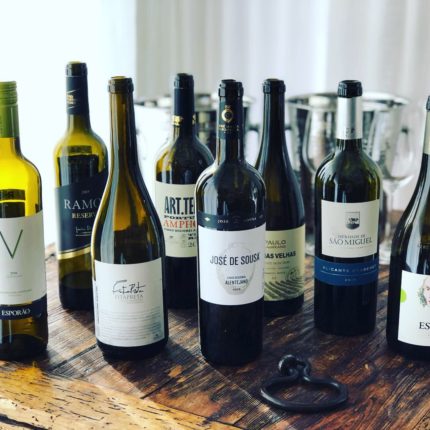 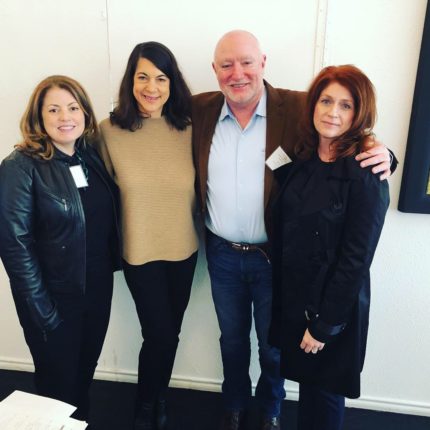 Several Member of the Dallas Wineaux (Shelly Wilfong, me, Terry Hill and Michelle Williams) Enjoying the Tasting and Catching Up

During our tasting, we tried ten wines and tasted a variety of the grapes described above.

2016 Herdade Do Esporao Verdelho – notes of tropical, passion fruit and honey.  It had a nice acidity and was easy to drink.

2015 Fitapreta Branco de Talha – lots of minerality in this one with green apple, lemon, flint and stone fruit.  This is a wine where the terroir shines through.

One comment on “A Deep Dive into the Wines of Alentejo: Diving into the Uncharted”